On the evening of October 22, 2016, residents of Douglas, Arizona, gathered to watch a performance by local youth and visiting theater artist and educator Yadira De La Riva. Only one act was presented in Douglas, however. The first act wasn’t even presented in the United States!

Transborder Hermanx: Regalos was developed by De La Riva and high school students from both sides of the border fence that separates Douglas and Agua Prieta, Sonora, during workshops held the previous day. The two groups of students delivered self-composed reflections on border life and transborder friendship from their respective sides of the fence, regalos or gifts passed through the 20-foot slats.

In his opening remarks, Mayor Robert Uribé described the event as the type of binational arts activity that he believes will come to define Douglas in years to come, offering a positive counter-narrative to the one often presented in the news of strife and division.

The workshops and binational performance were a co-presentation of the Arizona Commission on the Arts AZ ArtWorker program, an artist-to-artist professional development program funded by the Emily Hall Tremaine Foundation, in partnership with Arizona State University’s Performance in the Borderlands initiative, as well as local arts organization Border Arts Corridor and the Cities of Douglas and Agua Prieta.

On October 27, 2016, AZ ArtWorker will partner with Tohono O’odham Community College, Shining Soul, and Red Ink Magazine to bring De La Riva to Sells. There she will lead a community workshop where pieces will be developed for public performance that evening. For more info, visit www.azarts.gov/az-artworker/az-art-worker-yadira-de-la-riva-sells/.

Photos from the Douglas event can be found below: 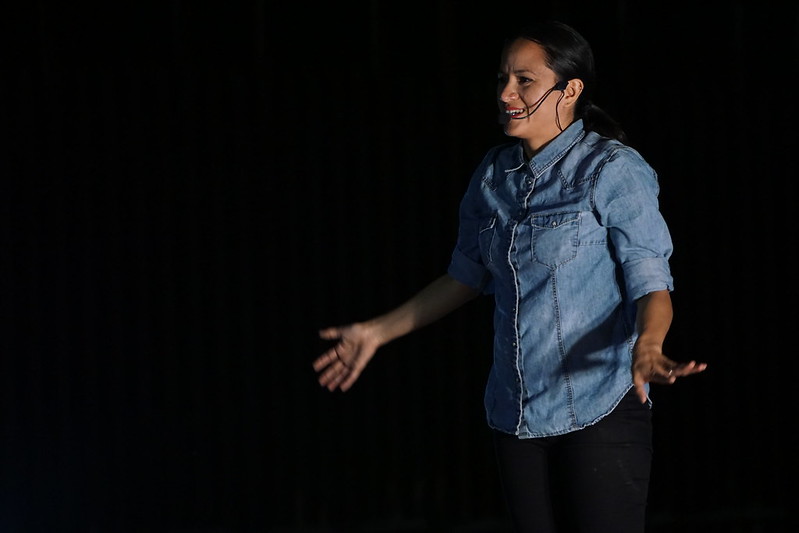